Whether the prices of gold go up and down, one thing will always be certain: the value of the Liberty Head double eagle coin will always remain impressive and inspiring. So rare are these double eagles that they remain one of the most valuable coins not just in the United States but in the whole world.

In terms of value, a Liberty Head double eagle gold coin with a face value of $20 and in average condition is valued at around $2,000. Things can get a lot sweeter if the coin is in a certified high mint state (MS+) as it can fetch as much as $6,000! Even in a poor condition, the gold eagle coin is still worth almost $185 more than the intrinsic value from its gold content, which is at around $1,815.32. As such, the Liberty Head double eagle gold coin is worth more.

So, if you're an avid investor, a high net worth individual, a collector of coins, or an active shopper looking for rare coin sets that can become family heirlooms, there are so many reasons why the Liberty Head double eagle gold coins should be on top of your priority list. Remember, old rare coins are always worth many times their face value and perhaps worth more than the value of American Gold Eagle. So whether the value of the US dollar drops, the stock market crashes, or metal prices drop, having an old rare double eagle gold coin gives you more financial security as your coins will always hold their value. 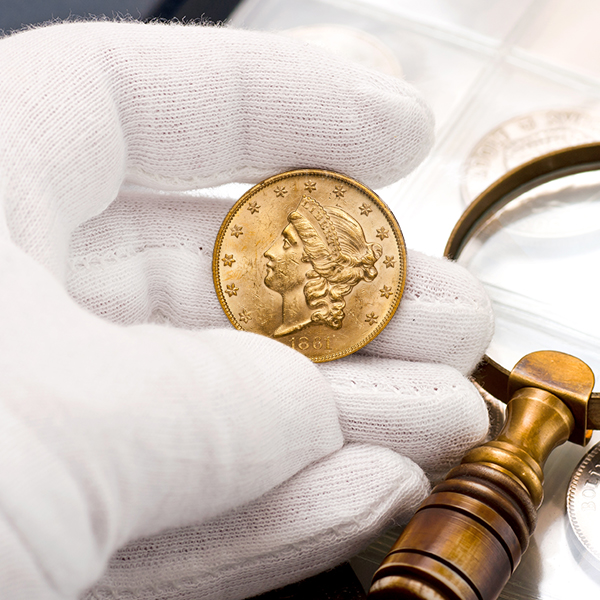 Before looking at the importance of collecting the rare and highly-valuable Liberty Head double eagle gold coin, let's take a brief look at its background information.

As we noted earlier, the double eagle was the major regular issue gold coin when it was inaugurated in 1849. It was designed by James B. Longacre and has its roots in the Californian gold rush of the late 1840s.

The three distinct types of the Liberty Head double eagle include:

Today, Type 1 remains the most popular of the three types perhaps because it is the most difficult to find. After all, there are many issues of Type 1 that are unknown and very rare. As such, it's important to keep in mind that decision to specialize in collecting the high-end Type 1 double eagle gold coins is a 7-figure endeavor that needs serious commitment in terms of patience, knowledge, and of course, lots of luck. 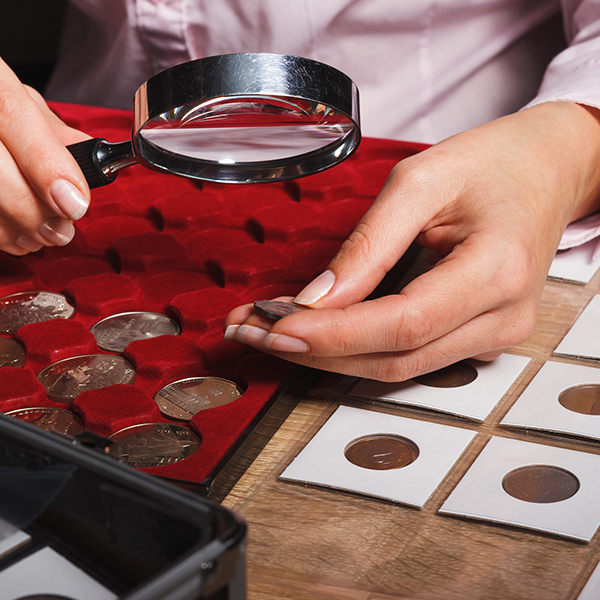 It's important to note that collecting some of the most valuable coins such as the Liberty Head double eagle isn't and should not be a short-term way to flip some money. Generally, this is a long-term thing: a great entrepreneurial hobby that may not pay dividends immediately but will definitely do in a few decades. Of course, it wouldn't make a lot of sense to leave your family with money or cash that can be easily blown away on an impulse. Instead, you can choose to collect the Liberty Head double coins and they may help your family pay college fees a century from now. By collecting the double eagle gold coins, you can offer a rare and highly-valuable commodity that your family can cherish for generations.

This is exactly why many financial advisors suggest that you should consider having about 10% of your investment in rare coins such as the Liberty Head double eagle. This is a great way of offering your loved ones a bit more financial security while also offering an excellent foundation to build wealth. If anything, the rare double eagle coins will hold and increase their value even when the stock market crashes, and the value of the US dollar drops.

Even if you're collecting the double eagles for fun or just to acquire knowledge about these rare types of gold coins, you need to have deep pockets to enjoy this extraordinary hobby. In other words, collecting the rare Liberty Head double eagle is not a project for a collector on a limited budget or for the faint-hearted. These double eagles are so rare and so valuable that only one in 1,000 serious coin collectors will ever own even one of the very rare gold coins.

The rarity and historical significance of these coins are among the main reasons why the certified Type I and Type II Liberty Head double eagle coins remain among the top five most sought-after old coins. So besides having deep pockets, you'll have to be patient and inform yourself with lots of knowledge about these coins. With the right knowledge, finances, and of course, a deep-lying passion for numismatics, you may be lucky to find a good deal.

And because the prices of gold keep on soaring in today's bullish markets, the prices of some of the rarest Liberty Head double eagles may never dwindle. Some issues are so rare that they may cost hundreds of thousands and these figures are more likely to increase in the coming years. Remember, the sources of the rarest of the double eagle gold coins may vary from European banks to shipwrecks but getting your hands on even a single of the rarest double eagle coins such as the 1859-0 may be a treasure trove.