The Top 10 New Orleans Mint Coins to Own 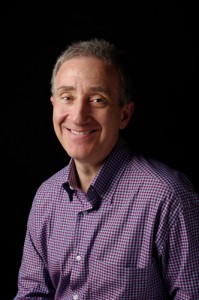 A Conversation with Douglas Winter

A Leading Authority in Rare Specimens from the New Orleans Mint

New Orleans, a major U.S. port, has been an international center of commerce and cultural exchange since its inception. The food, music, architecture and attitude, all distillations of the multitude of cultures that shaped them, have had a profound influence on American and global culture. The vibrant city was a natural choice in which to locate the first branch office of the U.S. Mint. The New Orleans Mint, seated in the French Quarter, was created at the behest of President Andrew Jackson to finance development on the western frontier. It was open from 1838-1861, was closed during the Civil War and reopened from 1879-1909. ?

New Orleans is one of the most recognizable cities in the world. Its long and varied economic and social history coupled with its culture of jazz and blues give it a broad range of appeal,? said Douglas Winter, the preeminent expert on 19th century branch mint issues.

He said coins minted at the New Orleans branch, though fairly aesthetically mundane, derive their value primarily from this background. ?The life of these coins really traces a very important span of U.S. history,? he said. ?Their background is as interesting if not more so than the coins themselves. It?s fascinating that they even survived the Civil War and Reconstruction South.?

Given the lack of interest in coin collecting during the two periods of mint production, New Orleans coins were immediately put into circulation and, given their city of origin was a port, quickly found their way into the pockets of people around the world. ?The survival rate of these coins was 1-to-2 percent of the original mintage figure,? said Winter. Today, these coins are among the most rare of United States gold issues and their scarcity and rich history combine to place them among the most desirable of the gold issues.

Following is a list Winter has compiled of his Top 10 New Orleans Mint Coins. 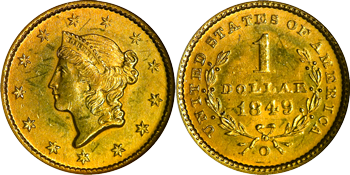 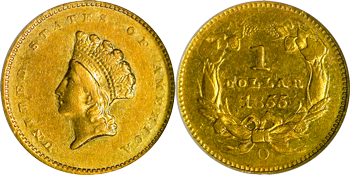 2. 1855-O Gold Dollar: Winter said this distinct one-year type is the only New Orleans Gold Dollar struck with the short-lived, popular Type Two design, made only from 1854 to 1856. A total of 55,000 were made, so while it is not really a rare coin, it is extremely popular and becoming more difficult to find each year. 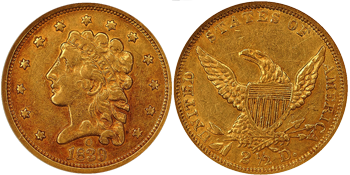 3. 1839-O Quarter Eagle:  Winter said the survival rate of the 1839-O quarter eagle is reasonably high with VF and EF coins available from time to time. In AU, the 1839-O is moderately scarce and it is rare in Uncirculated with most in the MS60 to MS61 range. In MS62 and above, this issue is quite rare. ?I?ve seen the availability of this issue really dry up in the last two or three years,? said Mr. Winter. 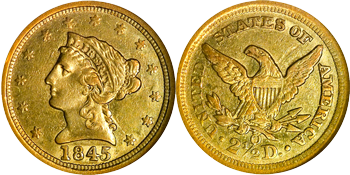 4. 1845-O Quarter Eagle:  Winter said this is the rarest coin on his list. He cites its low mintage.."Only 4,000 were struck ? and relative affordability as points of interest. ?A presentable EF example can still be had in the $2,500-3,000 which I feel is one of the great values in all of New Orleans gold",? said Mr. Winter. 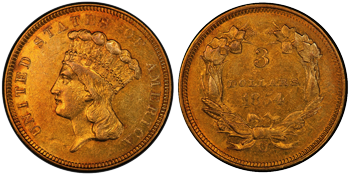 5. 1854-O Three Dollar Gold:  This issue is a one year type and is the only three dollar gold piece ever made at the New Orleans Mint. Mr. Winter said it is ?reasonably plentiful and actually fairly affordable with decent quality examples still available in the $3,000-$6,000 range. High grades in these coins are over $100k.? 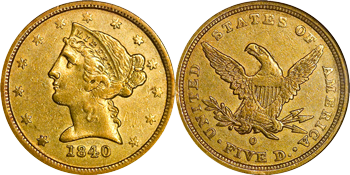 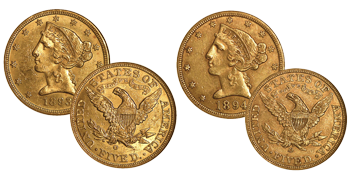 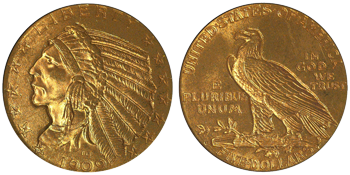 8. 1909-O Half Eagle:  The 1909-O is a distinct one-year type coin which is immediately recognizable as the only Indian Head half eagle from New Orleans. In addition to being a one-year type, it is also a last year issue. ?The 1909-O half eagle is one of the ultimate condition rarities,? said Mr. Winter. ?A total of 34,200 were made and from the pattern of grade distribution which exists for this date, it is plain to see that it did see a good deal of local circulation.?

9. With Motto Liberty Head Eagles in Mint State:  The With Motto design eagle was first struck in New Orleans in 1879 and then again in 1888. On a single coin basis, they are affordable (lower quality Mint State coins can be had for less than $1,500 each).  " ?I have personally assembled a number of 11-coin sets of New Orleans Liberty Head eagles...I can think of few other affordable collections of gold coins which can be completed this easily yet offer as much satisfaction for the owner",? said Mr. Winter. 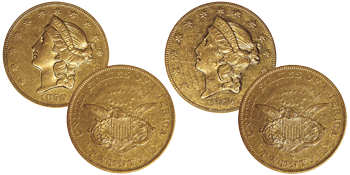 10. Type One Double Eagles (1850-O and 1852-O):  Mr. Winter said few gold coins from New Orleans have shown as much price appreciation as Type One double eagles. ?This means that most of the issues from this dozen coin group are priced well into five figures; some, like the 1854-O and 1856-O are six figure coins.