Having created over 50 U.S. coinage and medal designs issued in the last decade, Joel Iskowitz is the most prolific U.S. coinage designer of the recent era. Joel has designed five reverses for Platinum American Eagles; the issues released in 2006, 2008, 2011, 2013, and 2015. He has designed seven commemorative coins, nine First Spouse coins, six quarters, and four Presidential $1 coins. Joel also designed the reverse
for the 2009 Lincoln, Professional Life cent. 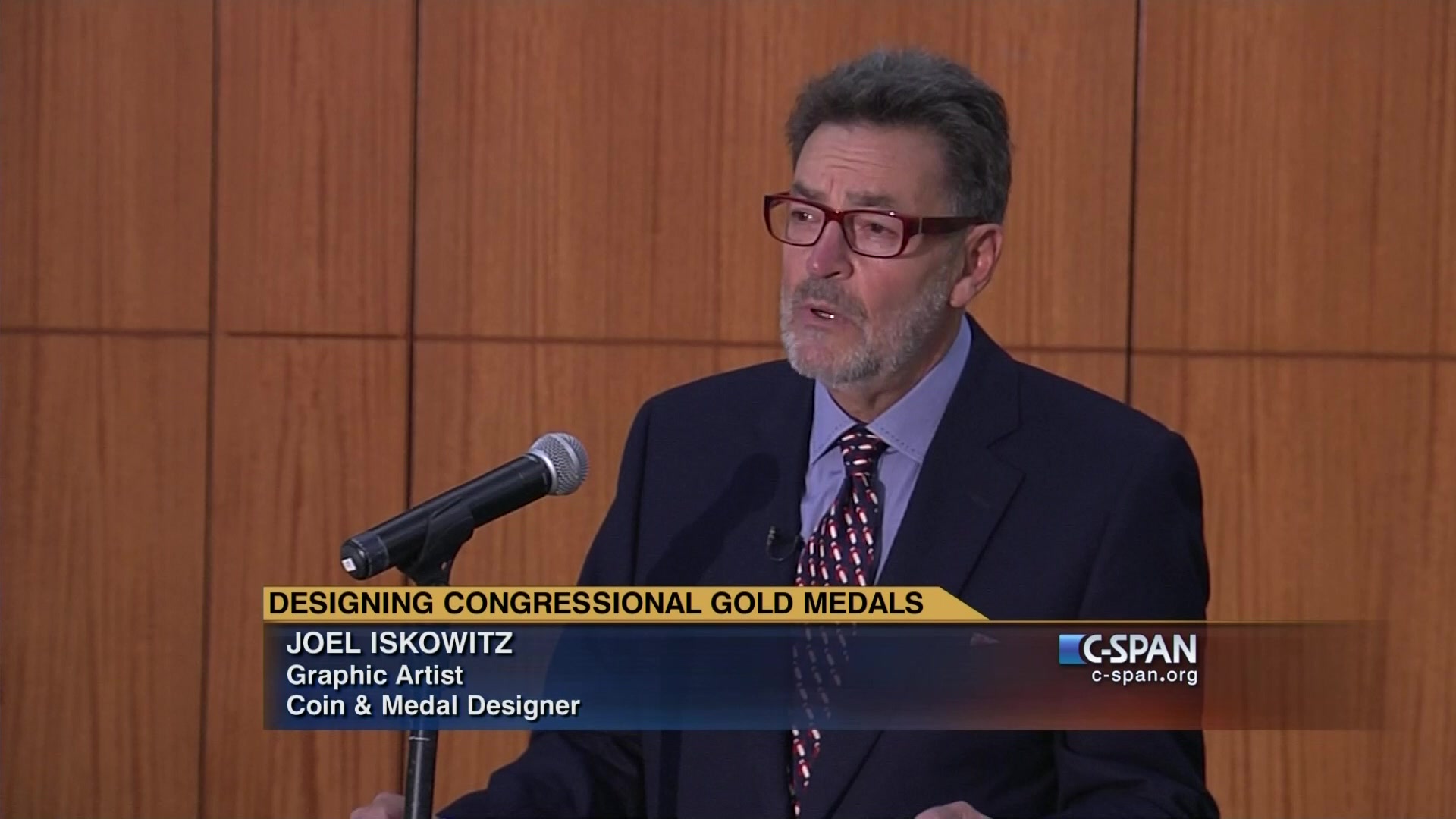 Mr. Iskowitz is the most prolific U.S. Mint Designer in history

He had a celebrated career as an artist before entering numismatics. Beginning in the 1970’s as an illustrator, Joel created album covers and postage stamps—over 2,000 designs for 40 countries. He has
15 Congressional Medal of Honor design credits including The New Frontier Congressional Gold Medal (both obverse and reverse) awarded to astronauts John Glenn, Neil Armstrong, Michael Collins, and
Buzz Aldrin in 2009. Joel is the only American ever allowed to have designed the portrait of the queen for a British coin.


His artistic work is represented in major museums, both in the US and Europe, including the Kennedy Space Center Museum, the Historical Museum of Carentan in France, and the U.S. Air Force Art
Collection. His numismatic art is found in the permanent collections of the Smithsonian Institution, the September 11 Memorial & Museum, and the National World War II Museum. He is one of few living
artists to have had his artwork displayed in the Pentagon, the Capitol, and the White House. Joel’s coin designs were featured on gold medals presented to astronauts, flown on space missions on silver dollars,
and, like his other art, earned him numerous awards and nominations for national and international honors.