The Top 5 Reasons to Own Gold 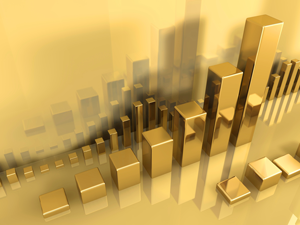 I. Gold as a Hedge

Gold’s most powerful function is to serve as hedge against inflation and the declining dollar. Inflation has historically been a driving force for the price of gold – as inflation rises, the price of gold generally does the same. From 1979 thru 1981, the United States experienced an average rate of inflation of 11.7%, the highest average rate of inflation since 1945. During that same period of time, the Dow climbed only 4%, while the value of Gold climbed over 80%. Gold had a peak value of $850 during that time, a dramatic rise of 275%, driven primarily by inflationary fears. This demonstrates the power of Gold as a hedge against inflation.

The U.S. dollar is the primary currency held in reserve by the world’s central banks and by foreign governments. The dollar is the primary currency used for international transactions; it also serves as the value by which commodities and equities are calculated. Because Gold is bought and sold in U.S. dollars, a decline in the value of the dollar historically has caused Gold to rise.

Today many factors work together to both increase inflation and devalue the dollar. Government stimulus packages, along with multi-billion dollar bailouts for banks and corporations, mean the U.S. is printing paper money in unprecedented amounts, while causing the national debt to skyrocket. Now that the dollar is not backed by gold, it is little more than “funny money.” Because of Europe’s debt crisis, the dollar has regained some of its strength. However, our own debt crisis looms on the horizon, making the outlook for the dollar grim. These factors make the investment in physical Gold not only a smart thing to do, but a necessity!

II. Gold as a Safe Haven

The saying “Gold loves bad news” offers insight as to why Gold is called a safe haven asset. History has shown Gold tends to outperform other mainstream investments in times of political or economic troubles. Historically, the same issues that cause other investments to fall make the price of Gold rise. This is why having a portion of one’s assets in Gold makes sense!  One should think of it as insurance for his portfolio; it adds stability and balance.

In times like these, with a record number of bank failures and national debts rising, governments try to bail themselves out by printing more money. This practice devalues the currency, making it virtually worthless, and causing the value of Gold to rise. At times when citizens lose confidence in their government, Gold tends to shine!

Citizens of the United States are living in troubled times. Ever-increasing tensions in the Middle East, nuclear armament concerns with Iran and South Korea, and fighting wars on two fronts raise legitimate fears for what will happen in the future. These concerns have affected the price of gold and will continue to do so. Through all the turmoil, Gold remains a safe haven asset.

III. Gold as a Store of Value

Throughout history, investors have looked to Gold because it has always maintained its inherent value. Gold has never gone to zero! A gold investor will never wake up one day and find his Gold worthless, a common occurrence for investors in stocks. When one holds the physical metal, one isn’t susceptible to accounting scandals or fraud. Gold is the only asset that is not someone else’s liability.

An example demonstrating Gold’s use as a store of value is that in 1920, an ounce of gold would buy a nice men’s suit. Today that same ounce of gold could buy TWO men’s suits. An additional example is that in 2001 when Gold was grounded around $260 an ounce, 632 ounces of Gold would buy an average house in the U.S. Today that same 632 ounces would buy THREE average-priced houses! Gold remains not only a store of value but continues to show its ability to increase in worth while protecting personal assets

IV. Gold as a Portfolio Diversifier

One of the first rules of investing is diversification. The reason one diversifies is to reduce the risk in exposure he would have if he “put all his eggs in one basket.” Gold serves as the perfect diversifier for a stock portfolio because simply, when stocks go down, Gold generally goes up. Because Gold serves as a hedge against the devaluation of currency, it is the ultimate protection when markets fail. In the short term, Gold may be perceived as volatile. However, throughout history, Gold has maintained its value over time.

Demand for gold is outpacing supply and its production is declining. When you consider that opening a new mine takes about seven years of preparation on average, this makes it almost impossible to address the supply issue quickly.

Both China and India have been purchasing unprecedented quantities of gold, not only at the central-bank level but also by encouraging their increasingly well-off citizens to accumulate bullion. With the greenback looking increasingly frail over the long haul, China will only be buying more gold in the future as it attempts to divest itself of some of its estimated $2 trillion in U.S. dollar reserves.

Demand for gold also is coming from central banks, which have become net buyers since 2009 after several years of selling an average 400 tons per year. In fact, central banks last year added the most gold to their reserves since 1964. The institutional sector looks to be net buyer of gold for years to come.

Get the complete guide Free!