Are you looking to buy silver dollars? If so, cheap Morgan silver dollars might be the best place to start. Not only are they affordable options, but they are relatively easy to find. Want to see “silver dollars for sale near me”? Then, reach out to IPM to get started.

The Morgan Dollar price varies drastically since some are more common than others, so it is a great way to start investing in silver holdings.

George T. Morgan was asked to design a new American silver dollar after leaving England to begin a new career with the US Mint in Philadelphia. As Mint Assistant Engraver, he created the “people’s coin.” It would soon become one of the most iconic pieces in the country’s coinage history. Today, many people fondly refer to it as the Morgan dollar coin.

If you are looking for Morgan Silver Dollars for sale, keep in mind that the first one was struck in Philadelphia on March 11, 1878. The Mint continued to strike the Morgan Silver Dollar coin until the Sherman Silver Purchase Act of 1890 was replaced in 1898. The new act required the Mint to coin all bullion purchased under the Sherman Act until it depleted in 1904.

Why Can You Find Post-1904 Morgan Silver Dollars for Sale?

In 1921, the coin reemerged following the Pittman Act, which used 270 million silver dollars for sale to Britain to bolster the wartime economy. With so many silver dollars melted, new Morgan Dollar coins were needed. Unfortunately, the original coin dies were previously destroyed, so Morgan created a new version, giving post-1921 coins a distinctive look.

The new production only lasted until the Peace Dollar came onto the scene to commemorate the end of WWI. Its popularity caused all Morgan Dollar production to cease for good.

How Can You Tell the Mint of Morgan Dollars for Sale?

Though Philadelphia minted most Morgan Dollars, Carson City briefly minted some sourced from the Comstock Lode. Once the mine closed, the Mint followed suit and ended production in 1983. As a result, Carson City mints are rare and highly coveted by those who buy dollar coins.

To tell if a coin is valuable, look at the mint. Coins minted in Philadelphia don’t have any mintmarks. If you see a “CC” on Morgan Silver Dollars for sale, they are from Carson City. You may also see “S,” “O,” and “D” mintmarks for San Francisco, New Orleans, and Denver.

It was decided that the silver dollar should depict an American woman instead of a Greek figure. Therefore, the Morgan dollar has a distinctive design with a left-facing Liberty. Morgan based the design off of American teacher Anna Willess’ “perfect profile.” Her portrayal wears a liberty cap, and 13 starts line the bottom edge. The US motto “Out of many, one” lines the top edge in Latin. On an 1884 silver dollar, e pluribus unum would be stamped on the top edge.

On the opposite side, the Morgan silver coin has an eagle with outstretched wings. The right talon holds an olive branch, and the left has a bundle of arrows. On the same side, you’ll see the words “UNITED STATES OF AMERICA” and “In God We Trust” along with the coin’s value. 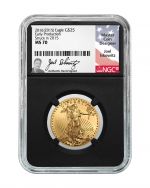 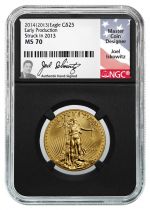 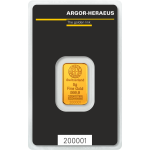