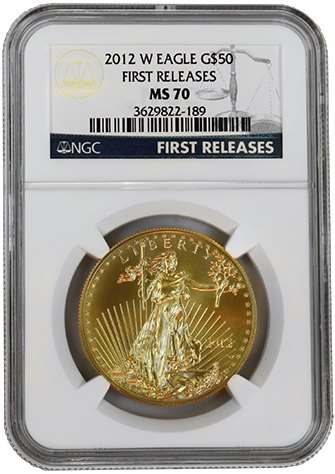 a light matte finish designed to fill a niche between the Mint's brilliant uncirculated bullion and proof issues. However, their most distinctive feature is the prestigious

West Point mint mark. Many of the Mint's most finely crafted and low mintage issues bear the "W" mint mark, giving all coins struck there special mystique and appeal

to investor-collectors everywhere. When the first wave of major financial crises hit in 2008, the Mint found itself unable to keep up with demand for gold coinage and

suspended the burnished program entirely for 2009 & 2010. Later, in 2011, the Mint brought back a single denomination of the burnished uncirculated

American Gold Eagle in the one ounce $50 issue. This limited offering has spurred interest in the entire series.