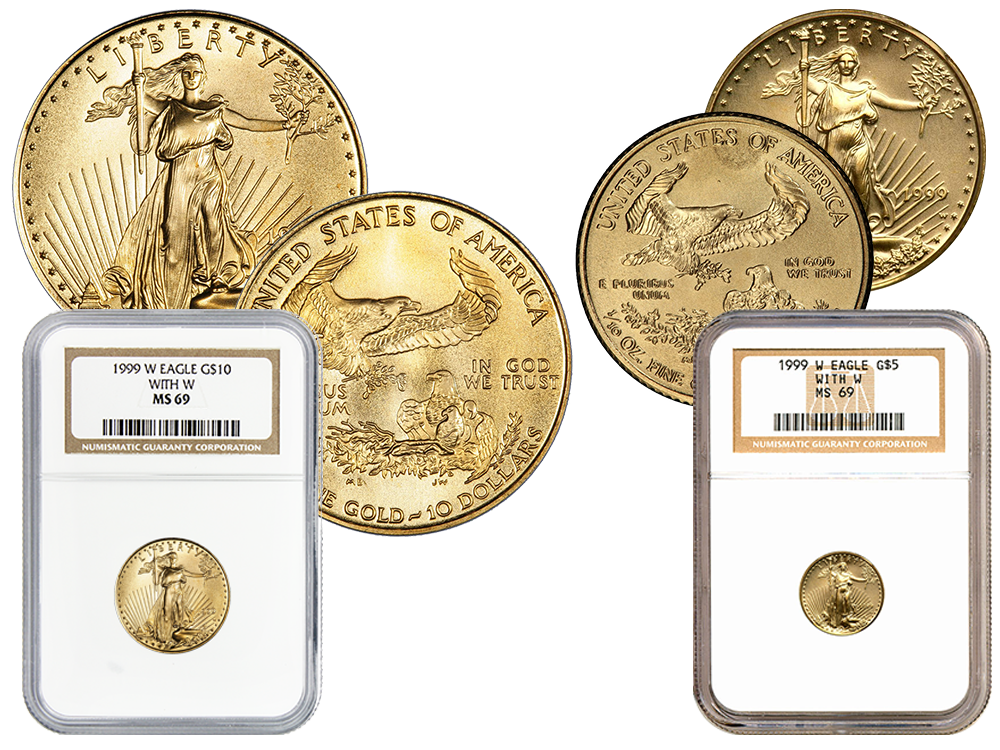 • Low mintage of only 6,000 coins (one of the rarest coins in U.S. Mint history) for each denomination

• Until 2006, only “Proof ” coins were produced at the West Point Mint

"In 1999, the U.S. Mint made a drastic mistake by producing the first Mint State $5 and $10 Gold
Eagles bearing a “W” mint mark. In 1999, only Proof Gold Eagles were intended to bear the “W” mint
mark. This mistake has left us with a lot of puzzling unanswered questions about the production and
existence of the 1999-W $5 and $10 Mint State coins."

"The year 1999 turned out to be a very busy year for the U.S. Mint. It received a tremendous and
unexpected demand for American Gold Eagles. The huge demand for 1999 Gold Eagles was more
than likely created by collectors and investors who were worried about the upcoming Millennium
Year and some of the potential issues that could have been created by Y2K. Many believe the Mint was
in such a rush to produce 1999 Gold Eagles, that in an attempt to meet the public’s demand, it inadvertently
mixed a proof die into service. Another possible theory is that the Mint may have intentionally
put a proof die into service in order to meet the public’s demand. Whatever the case may be, we can
be certain the coins should not exist today." - PCGS Coin Facts