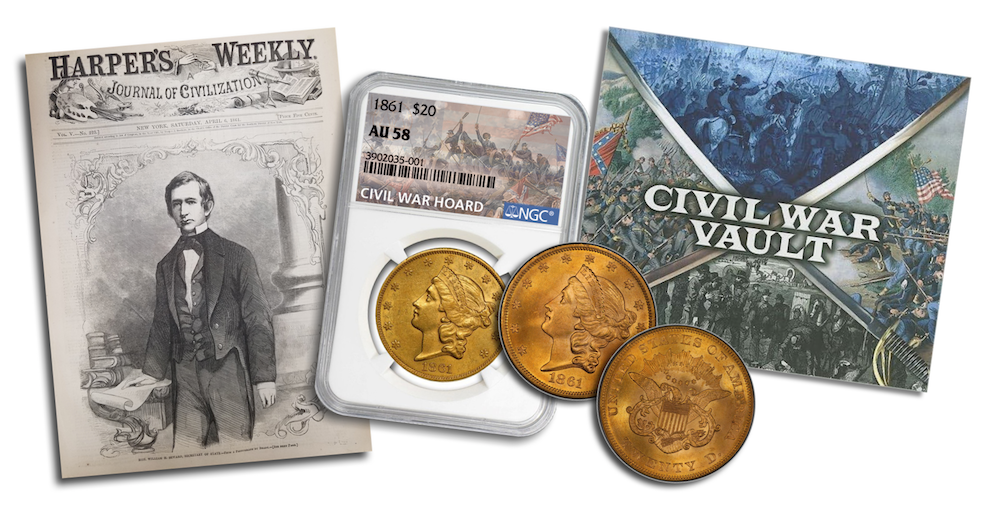 With each collection purchased, you will receive:

Introducing The 1861 Civil War Hoard Collection:  One of the Most Historically Significant Years in American History! 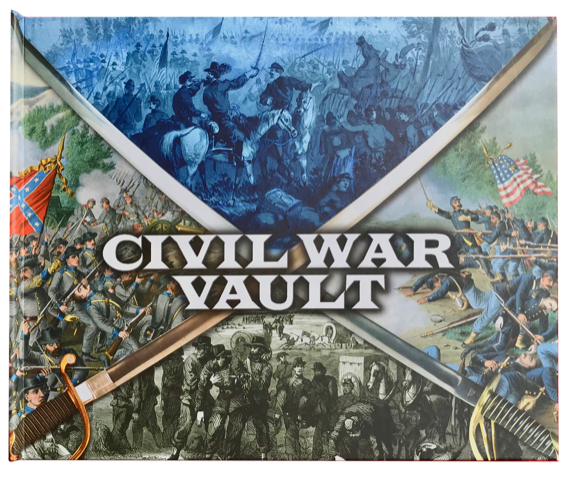 The United States of America 1861: After the 1860 presidential election of Abraham Lincoln, there were ominous clouds of discontent in America.  The country was deeply split over the issue of slavery.  What started out as a war of words, quickly became a war of hastily raised armies, dividing brother against brother, and splitting America in the middle. Eleven southern slave states declared their secession from the United States, forming the Confederate States of America (Confederacy) the other 25 states supported the federal government (Union). 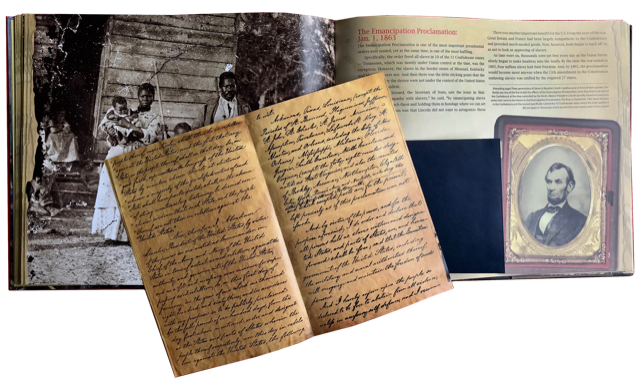 President Lincoln pledged that Federal troops and state volunteers would take back by force those states in rebellion, while the Southerners began their siege of Fort Sumter in South Carolina’s Charleston Harbor. In April 1861, this triggered the start of the Civil War.

These big, beautiful Gold Type-I $20 Double Eagles were the favored choice of monetary exchange over the new U.S. Greenback currency, and large amounts of the 1861-P $20 gold pieces were shipped overseas to purchase the weapons and war supplies needed for the Union Troops. Some of this Civil War gold was hoarded away in old European Bank Vaults, where they were left untouched and forgotten for nearly 160 years. 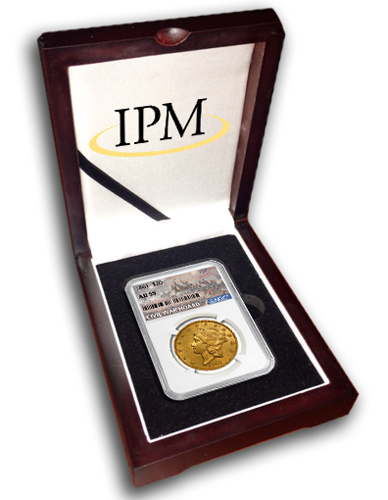 The Civil War Hoard of 1861-P Double Eagles is one of the most exciting and historic discoveries in recent years!

Four original U.S. Mint bags, containing 250 gold coins each were brought back to the U.S., where they were graded and certified with the pedigree of the “Civil War Hoard”.

Harper's Weekly, A Journal of Civilization was an American political magazine based in New York City. Published by Harper & Brothers from 1857 until 1916, it featured foreign and domestic news, fiction, essays on many subjects, and humor, alongside illustrations. It carried extensive coverage of the American Civil War, including many illustrations of events from the war. It was the most widely read journal in the United States throughout the period of the Civil War.

This historic package will only be available for a limited time.  Makes an outstanding gift for the coin or history buff!  Only IPM has these package available - Call now to reserve, or email us for more information about this historic offering.