The Saddle Ridge Hoard is a real-life story of an ordinary couple in rural California who found a total of 1,427 gold coins buried in the ground while walking their dog and ended up with a ten-million-dollar treasure.

Whether it's through receiving a huge inheritance from a long lost relative or by discovering a treasure trove, we've all, at some point in our lives, dreamt of becoming rich overnight. Well, such extraordinarily captivating stories may seem like just that: mere stories and legends but as it turns out, it could happen in real life, even though not to a majority of us. Whether you refer to them as mysterious happenings or extraordinary coincidences, such things sometimes occur to ordinary people. One such awe-inspiring real-life story is that of the Saddle Ridge Hoard; a collection of gold coins valued in millions that made an ordinary couple in rural California instant millionaires! 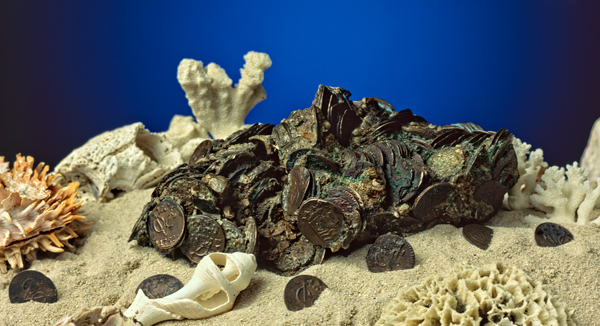 What exactly is the Saddle Ridge Hoard?

The Saddle Ridge Hoard is essentially the name used to refer to a treasure trove of 1,427 gold coins that were discovered by a couple in their property in rural California in February 2013. Discovered in the Gold County in Sierra Nevada, California by a couple only named as John and Mary, it remains the largest treasure trove of gold coins ever found in the United States. At the time of the discovery, the face value of the coins was estimated to be around $27,980 but their worth in today's numismatic market is said to be 10 million dollars. 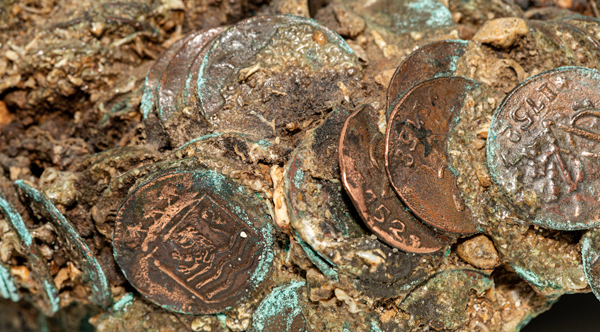 How did it happen?

Perhaps through art, movies, and literature, the story of the Gold Rush in the Wild West has captured the imagination of millions of people from around the world. In most cases, these tales, especially those that revolve around buried treasure, are generally accepted in the Western folklore as mere stories and stuff of legends. And because of this, not many people ever take even a second to think that these stories could ever happen in real life. Well, it did happen in real life and this is how it went down.

One fateful day (or shall we say a lucky day) in February 2013, a couple in the Gold County deep in California discovered a tin full of gold coins buried on the ground in what could become known as the Saddle Ridge Hoard. This couple, as they had done almost daily, was walking their dog across their property when they decided to take a closer look at a can sticking out of the ground.

At first, the couple didn't, even in the wildest dreams, think about this tin having gold coins worth millions of dollars. Using a stick, they dislodged the tin from the ground and carried it back to their house. Although it was weirdly heavy, they never thought that they had a once-in-a-lifetime jackpot until when they popped it open.

Like most of us would do, they immediately returned to the site to look for more and eventually discovered a total of eight cans filled with 1,427 gold coins with some of them very rare. For example, one of the coins in the couple's possession was the 1866- S Coronet &#2013266048;No Motto' Double Eagle 20-dollar gold coin. The coin was graded by PCGS and was at Mint State 62. It's estimated that this coin is worth around $1 million. There are also other unique coins such as the Georgian delegate Eagle.

The State and Value of the Hoard

Even though the face value of the total Saddle Ridge Hoard gold coins was $27,980, the actual value of the coins in today's numismatic market is estimated to be an enormous $10 million.

Most of these coins date back to the Gold Rush era in California and were minted in San Francisco after 1854 and are among some of the rarest coins. There are a few older ones that were minted in Georgia, and only elevates the mystery surrounding the Saddle Ridge Hoard. 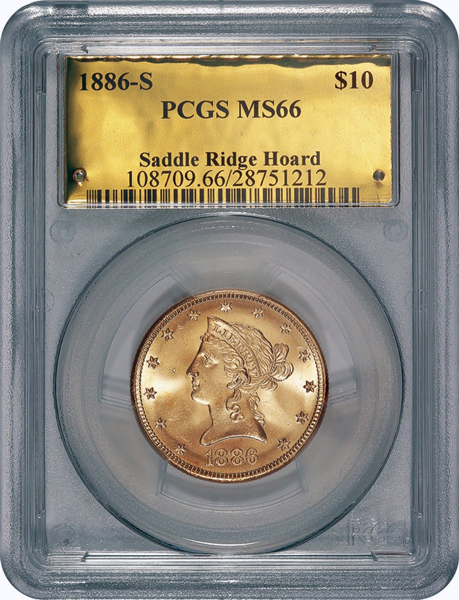 As with anything that revolves around a treasure trove, numerous theories have been floated around on the origin of the Saddle Ridge Hoard. While we'll never know for sure, here are just a few of them.

A Bounty Hidden by an Outlaw

There was a time when some of the most prominent outlaws such as Jesse James and Black Bart prowled the Wild West. Many people believe the treasure could be a bounty for such outlaws who had prolific careers stealing from the wealthy.

Well, this is just an easy guess and there's no concrete evidence to support it. The likes of Jesse James might have stolen from the wealthy but there's no way to directly link them to the Saddle Ridge Hoard.

Most of the Saddle Ridge Hoard coins were in perfect condition, which has led to many people claiming that there are chances that they never went in circulation. This is why many people link these coins to the San Francisco Mint robbery that took place in 1901. The mint's employee, Walter Dimmick, was a prime suspect and was said to have stolen coins worth $30,000, which is close to the face value of the Saddle Ridge Hoard.

This theory is the most likely but several studies have not conclusively linked the robbery to the Saddle Ridge Hoard.

A Wealth Individual not trusting the Banks

This theory may seem far-fetched to most of us. It projects that a wealthy individual hid the coins for safe-keeping as he didn't trust the banks. This may be surprising today, but distrusting the banks was very common a century or so ago.

To this end, it's highly likely that we'll never know for certain the true origin of the Saddle Ridge Hoard. But then again, it remains a historic treasure trove that most certainly changed the lives of an ordinary couple in rural California. Thus far, it remains the largest treasure to ever be found on these shores. It is a true reminder that finding a treasure trove of gold coins worth millions of dollars is not just the stuff of legends and movies.